Throughout high school and university, I acquired more than enough ‘leadership experience’ to fill a resume. After all, teachers, professors, and counselors touted leadership as essential to any future success. But despite this emphasis on leading others, I did not find stepping into the leadership role of ‘motherhood’ natural. Before children, I worked with groups of people who could talk, reason, and leave the group if they wanted As a mom, I had toddlers running around: stubborn, set on their own way, with nowhere to go if they didn’t like what I had to say.

Authority feels much, much different as a parent. Despite my leadership roles, I never thought of myself as an authority before parenthood. This is one reason why I’ve paid such close attention to Charlotte Mason’s wisdom on authority. (I’ve written about this here and here.) But while I’ve learned a lot about how to wield authority correctly and biblically in my home, I’ve not spent much time thinking about how I respond to the authorities in my life. Charlotte Mason is clear that God calls us not to a mindless obedience to authority, but to docility or teachableness. It’s this teachableness that brings us to mother culture.

The principles of authority on the one hand and of obedience on the other, are natural, necessary, and fundamental.

This in itself is so simple, that it almost needs no rewriting for mothers. But what does it mean that principles of authority are natural, necessary, and fundamental? Why this is relevant to mother culture?

Authority and docility are natural.

“Natural: existing in or derived from nature; not made or caused by human kind.”

In a day where the abuse of authority is ubiquitous, we must remember that power-hungry humans did not invent the concepts of authority and obedience. No, indeed – they are principles that have been marred by the fall. God created a world that requires and desires order. As Christians, we accept that we all live under God’s authority that He calls us to respond in docility. Furthermore, there is no one in authority whom God has not allowed to take that position.

Authority and docility are necessary.

Charlotte Mason herself states that without authority and obedience, society itself would unravel. Imagine the chaos that would reign if no one respected traffic lights, or if they didn’t exist in the first place. That’s a simple example. However, you don’t have to look far to see the trouble caused when the authority of government is not respected, as well as the trouble caused when those governments abuse the authority that has been given to them.

We don’t even have to imagine this chaos. We know what happens when our kids don’t respect our authority. I have cleaned up those messes personally – and dealt with the ruptured relationships.

Likewise, when we do not respect the authority of God over our hearts, our lives become disordered. Without God as the ruler, the chaos of sin reigns. We are not meant to be the rulers of our own lives, or even in a democratic relationship with our Creator. When we enter into God’s kingdom, by His grace, we recognize Him as King.

Authority and docility are fundamental.

The principles of authority and docility are basic, essential principles of the Christian life. As I’ve written before, a king doesn’t require mindless obedience. Knights who cannot think for themselves will struggle on the quest. Yes, we need to obey God. But we need to obey God out of hearts and minds that have been conformed to the king’s principles. To use Charlotte Mason’s words, we respond to God’s authority with docility. Docility looks like teachableness, soft hearts that want to be like Christ’s. This is the type of obedience God’s authority demands, one that starts in our hearts and leads to changed action.

As an adult and a parent, I get caught up in my authority. Yes, I want to do it well and in a way that honors God, but I forget that Jesus points to those with no authority as our example. Little children, with everything to learn and no one to manage. We come into His Kingdom through a childlike humility and desire for growth and relationship with the Father.

The Role of Authority and Docility in Mother Culture

Mother culture, when rightly oriented towards its purpose of forming a Christlike character, embodies the principle of docility. When we sit down with a challenging book, we make ourselves as the little children. We recognize that we do not know, but we want to know. God’s supremacy and authority over us, our citizenship in His kingdom, brings out in us a desire to not just do what He wants, but to think what he wants, love what he wants, to have hearts and minds attuned to His. We respond in docility to our Father’s authority, with hearts that are open to His teaching, open to change.

When we humble ourselves, we begin to develop a sense of the freedom we have within God’s authority. We are free to pursue diverse interests, we can cultivate knowledge about the plants and birds in our garden, or we can let the atmosphere of a novel wash over us. These activities leave us changed people. God’s authority compels us to continually grow, develop, pursue wisdom. Mother culture is one way to do that.

Receive an update each time a new post is added and get 50% off the Mother Culture Road Map ebook and printable workbook on publication. 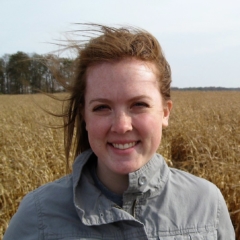 A new podcast exploring Charlotte Mason, the early years, and so much more, with me as your co-host!